Dear friends of spontaneous improvised music,
Now that live concerts are gradually becoming possible again everywhere, we have not yet lost the fun of digital networking and have not yet fully explored the possibilities for musical-improvisational use of the ZOOM software, which was actually developed for video conferences. After all, traveling between the USA, Great Britain and mainland Europe is by no means problem-free again.
Steve Beresford in London will join our tried and tested musician network in Louisville / Kentucky, Regensburg, Karlsruhe and Darmstadt, from where our colleague Sue Schlotte joins with her cello. The pianist and multi-instrumentalist Beresford is one of the most prominent figures in the British improv scene and a musician with sparkling ideas and musical wit. Unforgettable is the former trio Melody Four with Lol Coxhill and Tony Coe, who chose the hit songs and TV music as the starting material for humorous improvisations.
With this in mind, we wish you an intense experience with Moscow by Heart, this time as a quintet with Steve Beresford, and invite you to the fifth intercontinental concert experiment on Sunday, June 27th at 8 p.m. (CET)
The musicians dedicate this concert to the memory of Peter Hollinger, who passed away at the end of May, threatened by the evacuation of his decades-long apartment in Berlin. Steve Beresford, Helmut Bieler-Wendt and Johannes Frisch had played together with the great percussionist and drummer in different contexts before he had to give up playing almost two decades ago due to illness.

1) The best way to get to the concert is via the ZOOM app, which you should install on your computer beforehand.

3) Warning: the concert will be recorded. If you don’t want to appear with your picture, you can turn off the camera. Then the name of the participant appears, but the visible name can be freely selected via ZOOM.
BUT: We are of course happy about every visitor who identifies himself with a camera image, because the first concert experiment has proven, at least for us musicians, that it is much nicer to play for visible people than just for invisible people , anonymous number of participants.
After the concert there is an offer for informal exchange and virtual get-togethers.
We would also be very happy if you / you pass the invitation on to potential interested parties. Please let us know if you want to be removed from the mailing list. 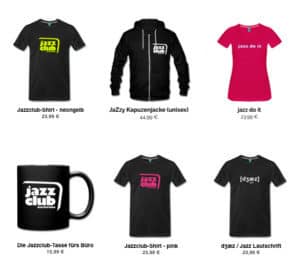